Break is a Transformer in the Beast Wars Universe. He is one of the Maximals on the starship, Gung Ho. His beast mode is a Penguin. He has had a rivalry with Cohrada. His toy is probably the ultimate shellformer. The comics decipt him as a rockhopper penguin, but not an emperor penguin. 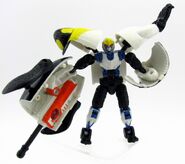 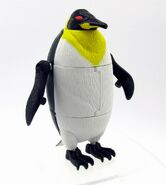 Break, MAXIMIZE!
Add a photo to this gallery
Retrieved from "https://beastwarstransformers.fandom.com/wiki/Break?oldid=10962"
Community content is available under CC-BY-SA unless otherwise noted.