His alt-mode is a robotic Tyrannosaurus Rex. After the Great War Grimlock became a member of the Maximals. His beast mode is now a Velociraptor. He is an Attack Trooper. He is armed with his weapons the sword and the spinning tail. 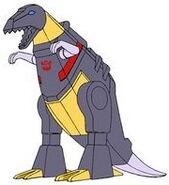 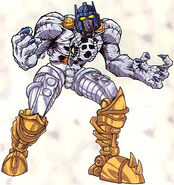 Grimlock in the Beast Wars comics. 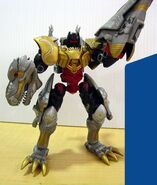 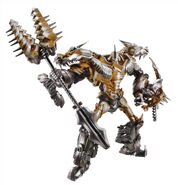 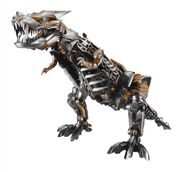