Few Decepticons are as feared as Sixshot, either by the Autobots or by their own comrades. As the first Transformer Six Changer, able to assume six different modes, he is officially designated as a "Solo Transformer Assault Group" (or "S.T.A.G."), but is more colloquially known among those who know and fear him as a "one-robot army". Sixshot's destructive ability is the stuff of legend, a gleeful murderousness that is matched only in ferocity by the intensity with which he sets to the bloody tasks given him. He is not to be mistaken for a mindless weapon, however—he is fiercely intelligent, and not without honor of a warped sort. He grants due respect to any opponent he deems worthy, and always speaks well of them after he has inevitably dispatched them to, as he puts it, "the great junkyard in the sky".

These attitudes are reflective of Sixshot's understanding of the inevitable end that waits for a warrior such as he, and the hope that when his own end eventually arrives he will be remembered in the same way. But that end will be long in coming, for although Sixshot believes that life is only worth living for as long as there are opponents who can challenge him, his mantra does not preclude his own allegiance changing in order to make new enemies and challenges where none existed before. 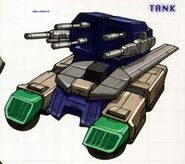 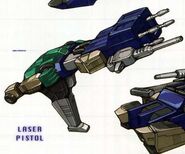 Sixshot in Winged Wolf Mode.
Add a photo to this gallery
Retrieved from "https://beastwarstransformers.fandom.com/wiki/Sixshot?oldid=9057"
Community content is available under CC-BY-SA unless otherwise noted.