What Blot does through carelessness, Snapdragon does with deliberation. He loves nothing more than bathing in putrid grease pits or, if those aren't available, the running fuel from his victims' corpses. His bouts of animalistic fury and sheer love of destruction would make him an excellent warrior if not for the fact that he's also as lazy as the Empties in Dead End. His personal quarters are littered with alarm clocks shot to fragments by laser fire because Snapdragon just wasn't motivated to kill and maim that morning. His fellow Decepticons know they risk suffering a similar fate if they try to wake him, but often risk it in the hopes of channeling Snapdragon's rage towards the Autobots. Woe to the Autobot warrior who faces Snapdragon without his beauty rest. However, his laziness and appalling personal habits make him unwelcome among his fellow Decepticons, except for the equally thuggish Apeface.

He is binary bonded with Krunk, who only adds to his thuggish personality.

His alt-mode is a Tyrannosaurus Rex/Jet. 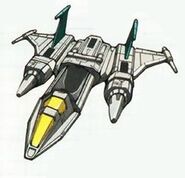 Snapdragon in Jet Mode.
Add a photo to this gallery
Retrieved from "https://beastwarstransformers.fandom.com/wiki/Snapdragon?oldid=9050"
Community content is available under CC-BY-SA unless otherwise noted.